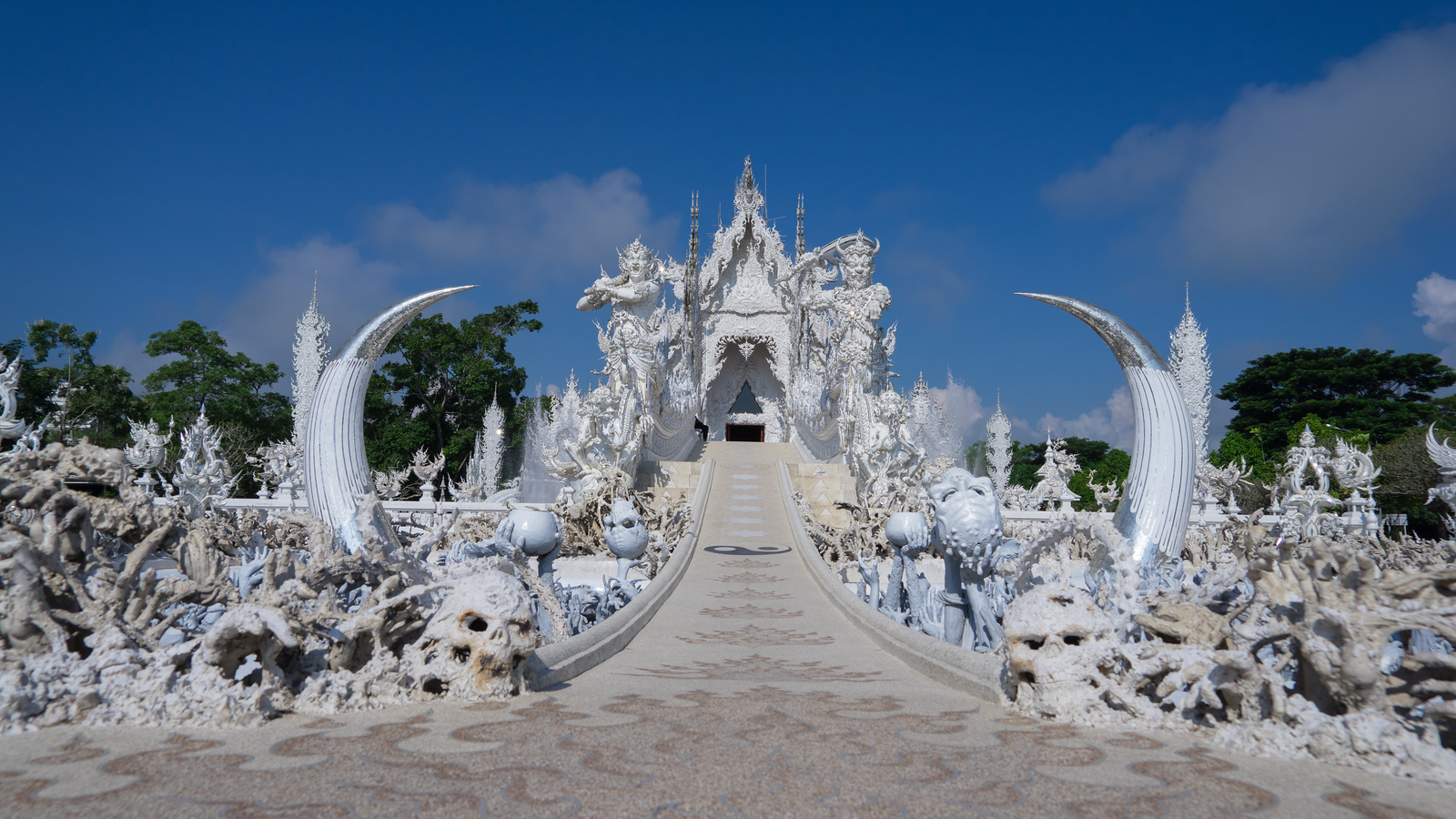 Wat Ron Khun in Chiang Rai is better known as the White Temple. It is a privately owned art exhibit in the style of a Buddhist temple. Opened in 1997 by Chalermchai Kositpipat, who designed and constructed it.

The bridge of “the cycle of rebirth”: the main building at the white temple, the ubosot, is reached by crossing a bridge over a small lake. In front of the bridge are hundreds of outreaching hands that symbolize unrestrained desire. The bridge proclaims that the way to happiness is by foregoing temptation, greed, and desire. Next to the lake stand two very elegant Kinnaree, half-human, half-bird creatures from Buddhist mythology.

Gate of Heaven: After crossing the bridge, the visitor arrives at the “gate of heaven”, guarded by two creatures representing Death and Rahu, who decides the fate of the dead. In front of the ubosot are several meditative Buddha images.

Ubosot: The principal building, the ubosot is an all-white building with fragments of mirrored glass embedded in the building’s exterior. The ubosot embodies design elements from classic Thai architecture such as the three-tiered roof and abundant use of Naga serpents.”Inside the temple, the decor swiftly moves from pristine white to fiery and bewildering. Murals depict swirling orange flames and demon faces, interspersed with Western idols such as Michael Jackson, Neo from The Matrix, Freddy Kruger, and a T-800 series Terminator. Images of nuclear warfare, terrorist attacks, and oil pumps hammer home the destructive impact that humans have had on earth. The presence of Harry Potter, Superman, and Hello Kitty confuses the message somewhat, but the overall moral is clear: people are wicked.”