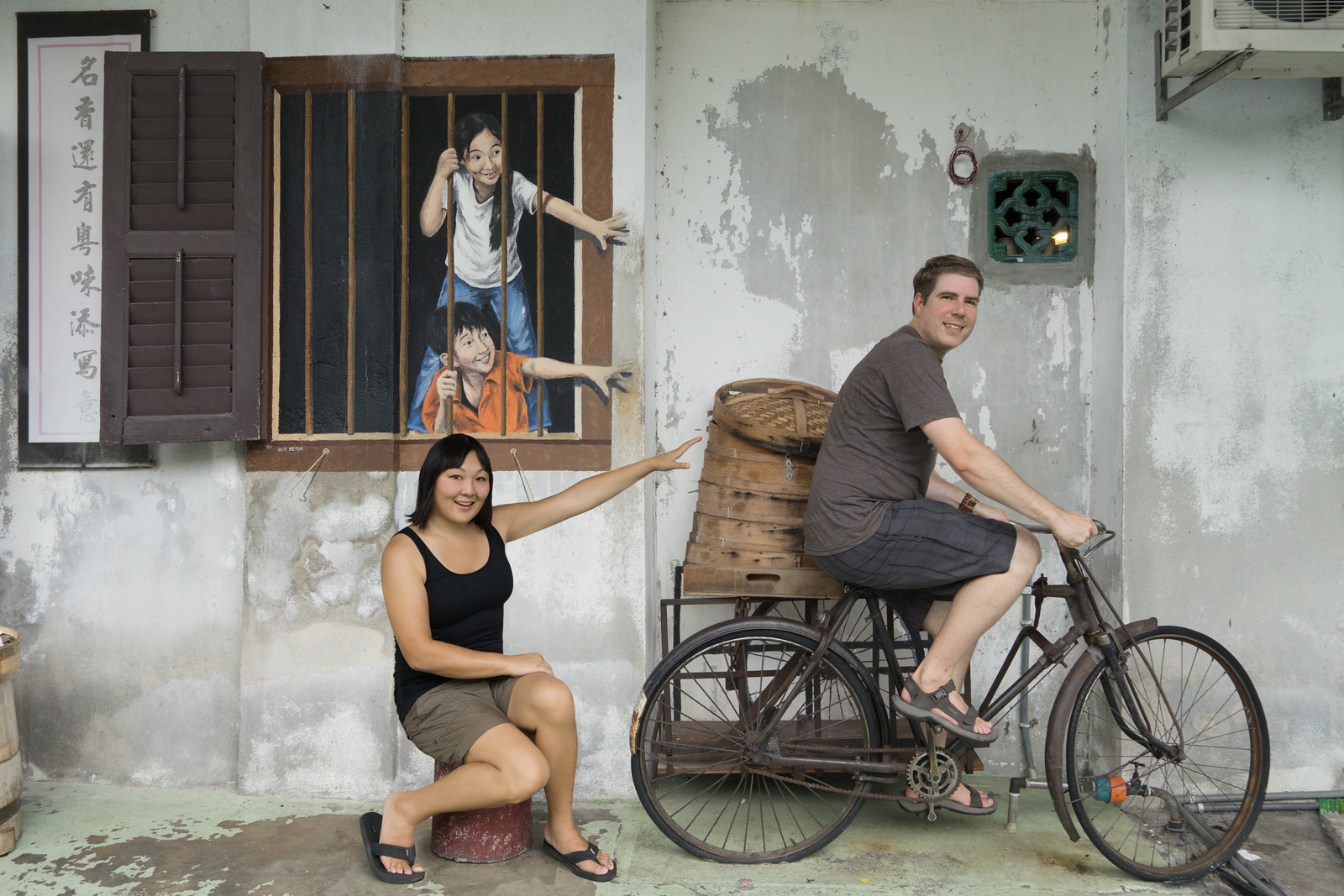 Walking the streets of Georgetown hunting for murals was a fun experience. There are so many that we could not find them all.

Melaka and George Town, historic cities of the Straits of Malacca have developed over 500 years of trading and cultural exchanges between East and West in the Straits of Malacca. The influences of Asia and Europe have endowed the towns with a specific multicultural heritage that is both tangible and intangible. With its government buildings, churches, squares and fortifications, Melaka demonstrates the early stages of this history originating in the 15th-century Malay sultanate and the Portuguese and Dutch periods beginning in the early 16th century. Featuring residential and commercial buildings, George Town represents the British era from the end of the 18th century. The two towns constitute a unique architectural and cultural townscape without parallel anywhere in East and Southeast Asia.